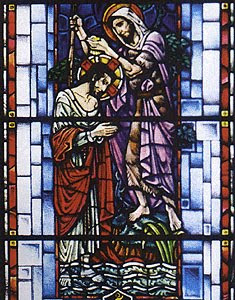 Pilgrimages were first made to sites connected with the life, birth and crucifixion of Jesus. Surviving descriptions of Christian pilgrimages to the Holy Land date from the 4th century, when pilgrimage was encouraged by church fathers like Saint Jerome. Pilgrimages also began to be made to Rome and other sites associated with the Apostles, Saints and Christian martyrs, as well as to places where there have been alleged apparitions of the Virgin Mary.

World Youth Day is a major Catholic Pilgrimage, specifically for people aged 16-35. It is held internationally every 2-3 years. In 2005, young Roman Catholics visited Cologne, Germany. In 1995, the largest gathering of all time was to World Youth Day in Manila, The Philippines, where four million people from all over the world attended.

The major Christian pilgrimages are to: