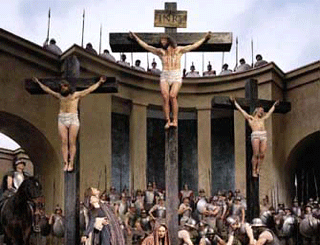 The passion play is a Biblical performance performed every ten years in Oberammergau, a city in Germany. The play tells the story of the Life and Death of Jesus and is performed outdoors where the sky and the mountains act as a natural backdrop. This pageantry is an amazing demonstration of splendid costumes and enchanting music. Over two thousand citizens of Germany participate in this exciting drama as actors, singers, instrumentalists and stage technicians, with a common objective of breathing life into the celebrated story through a six hour performance. This play is enacted in German and the performance begins in the afternoon at 2:30 PM, and the first half lasts till 5:00 PM. It continues from 8:00PM to 10:30 PM after a break for refreshment.
The passion play came into existence during the famous Thirty Years War. In the year 1633, the entire population of Oberammergau vowed to perform a “Play of the Suffering, Dying and Resurrection of Lord Jesus Christ”. They pledged to carry out the performance every ten years, if the Lord saved them from Bubonic Plague. All the inhabitants of the city survived this menace due to the grace of the Lord.
Wilcox Travel has been organizing tours to the Passion Play in Oberammergau since 1960. For the 2010 performance, we have several escorted tour packages which will take you through historic parts of Europe on the way to Oberammergau for a performance of the Play. For those who prefer to make their own travel plans or don’t wish to join a tour, we also have ticket-only packages that include hotel accommodations within walking distance to theater.

Part-II:
An important aspect related to the Passion Play is the cast of the play, who should be villagers that have resided in Oberammergau for at least twenty years. They need to be amateurs possessing superior ethical and moral principles. Great care is taken while selecting the costumes of the play. Since there is no custom of using wigs; the participants are required to grow their hair and beards several months ahead of the play. This is followed in accordance with the ‘Hair Decree’, counted from Ash Wednesday. 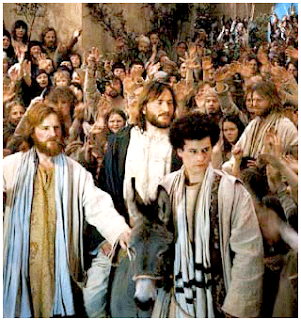 If you want to have a real feel of the life of Jesus from the four Gospels, you simply must attend this spectacular drama. Usually a once in a lifetime opportunity, visitors travel from all over the world to watch this age old tradition that has continued since the Middle Ages , and which is an indelible part of the Christian faith.
A visit to the city of Oberammergau, an interaction with the Passion Play performers, hearing their account on how it feels to be a part of this spiritual extravaganza is really a unique experience. You can also enjoy the Bavarian hospitality, their music, folk dancing along with their classical local cuisine. The city is also considered to be an ideal location if you want to tour Europe. You can plan out a schedule involving other parts